“The team on site were fantastic and fully appreciated the school was in operation and worked around that. The new play equipment is exactly what we are after. Already we have had positive comments from parents and pupils. It will allow our pupils further choice for positive activities at lunch time. 10/10” L. Munton – Head Teacher 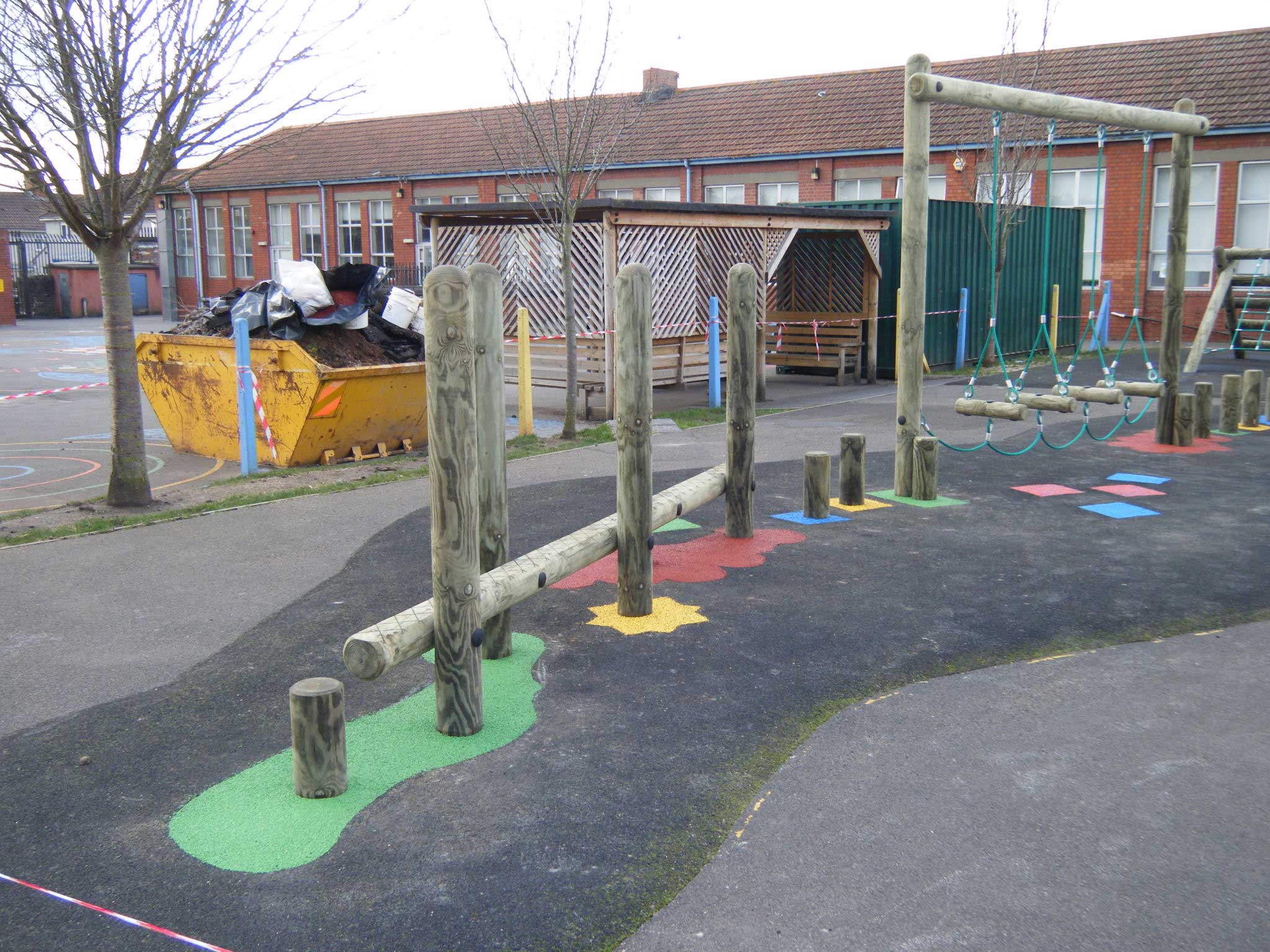 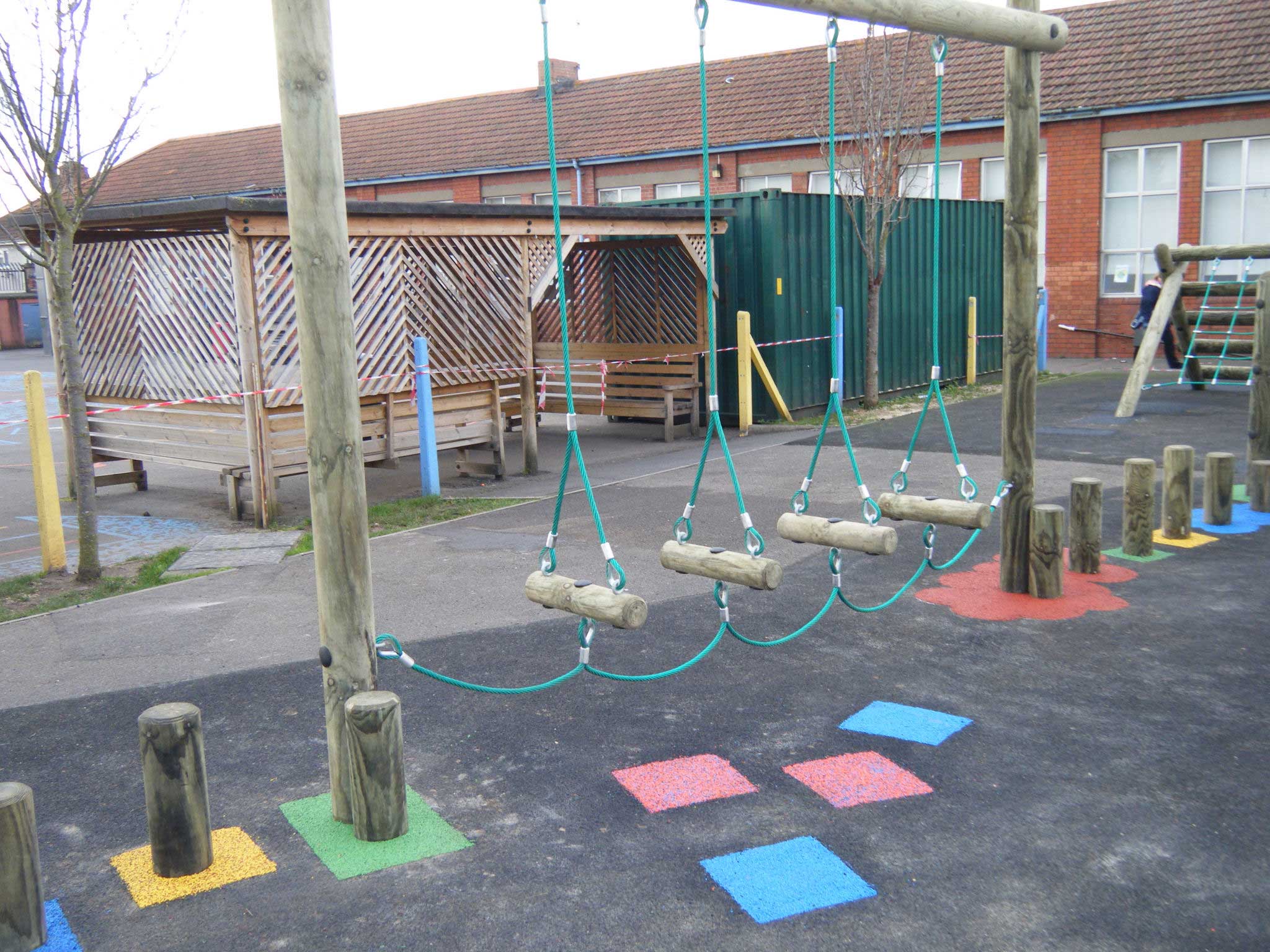 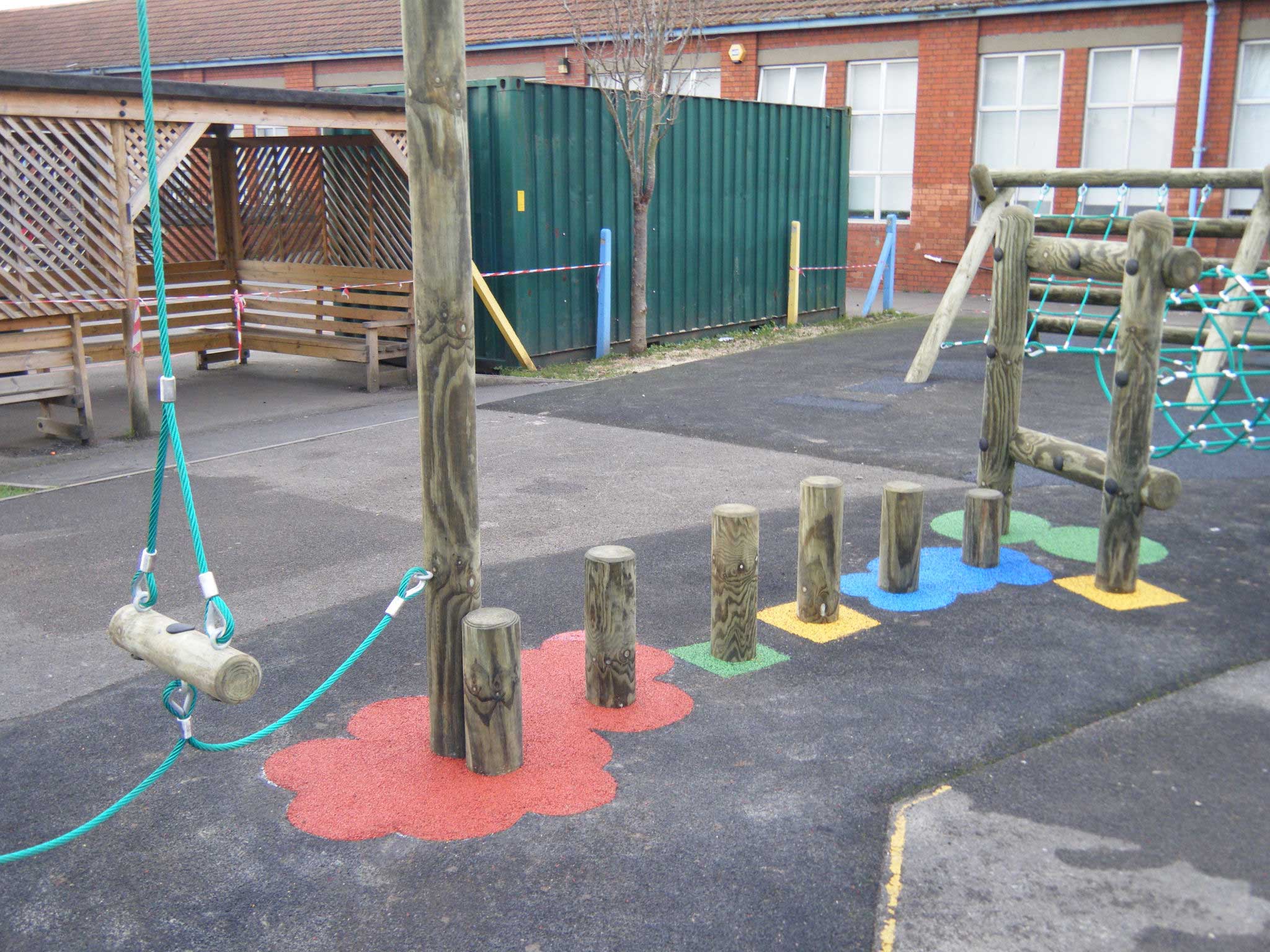 It was a cold and blustery day when the team visited Shirehampton Primary School, however this did not take our attention off the potential for the existing play area. It was apparent as soon as we saw the ageing timber that it had seen better days, after consulting with the school they requested it all to be removed and replaced. We surveyed the existing area ready for the removals and noticed the safety surfacing had plenty of life left in it. Then we had a bright and colourful idea! We proposed to the school to remove the equipment and leave the safety surfacing around the equipment, as it still complied with all the applicable regulations there was no need to spend any of the budget on replacing it. Where the new equipment was installed, we used bright new coloured shapes of surfacing to rejuvenate the surfacing and make it look as new as the Adventure Trail. The installation team were finished (working right in the middle of the play area) in under a week so as not to disturb playtime too much and it proved very educational to many children to watch them work from behind the safety barriers put in place. 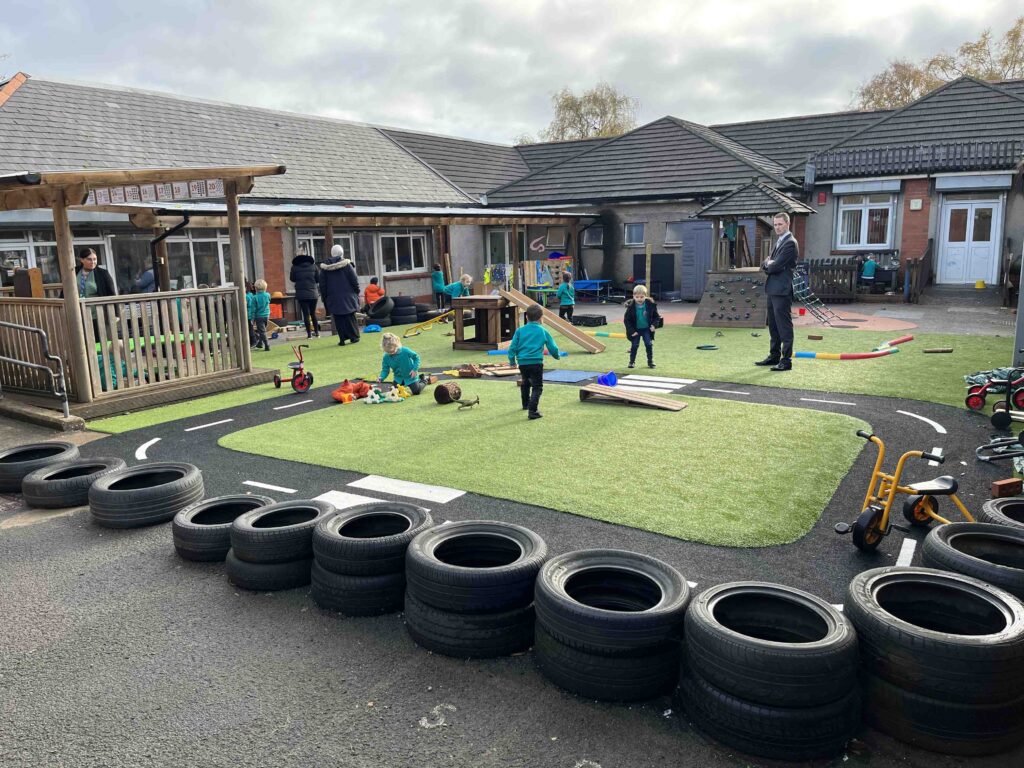 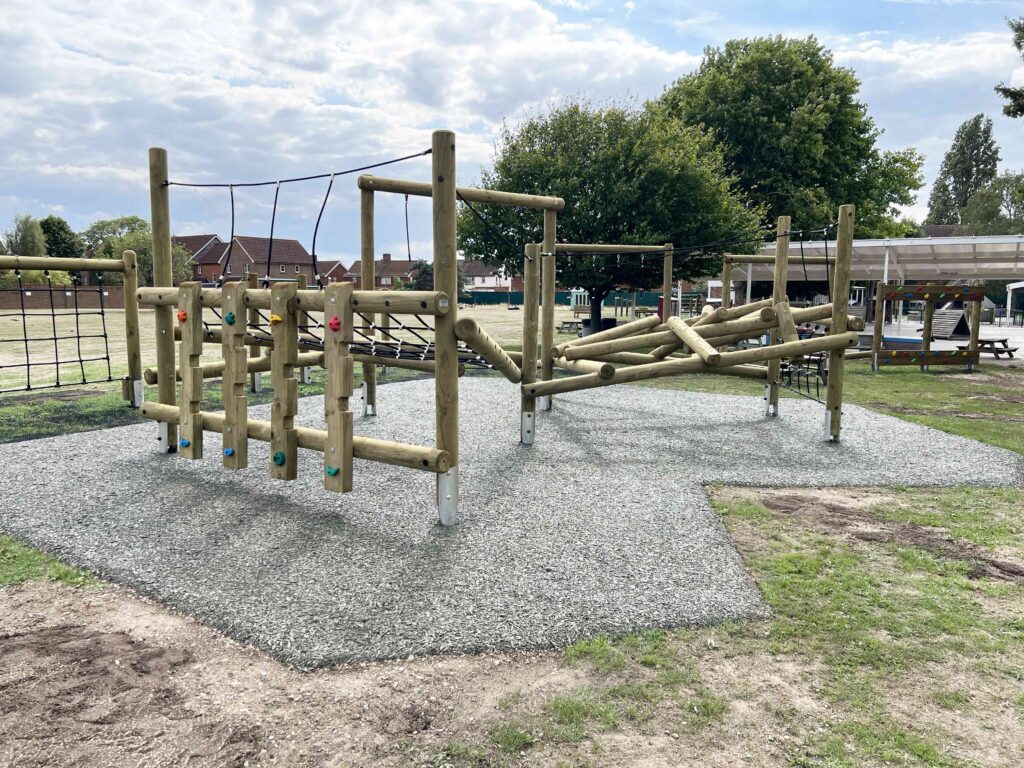 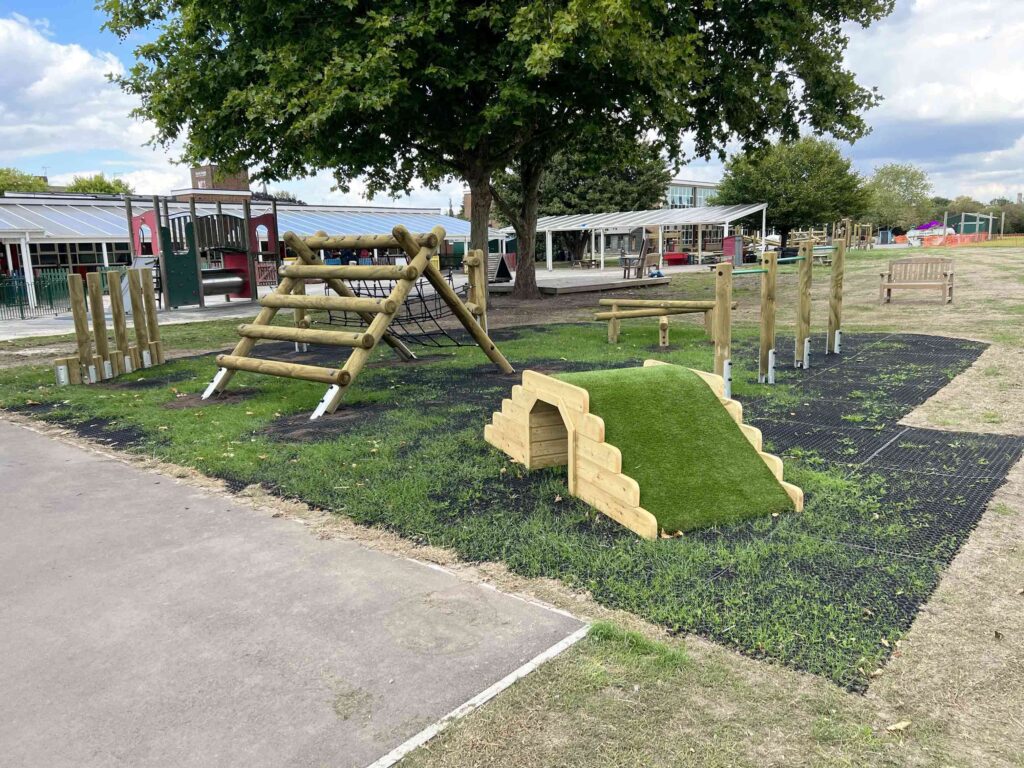